In recent years Northern Ireland has seen a renaissance in brewing and distilling, boasting world class producers of Beer, Cider, Gin and Whiskey.

With such a collection of top class Artisan producers, this has greatly enhanced the attraction of Northern Ireland to tourists.  Unique food and drinks experiences have become increasingly important to the motivation of travellers as to which countries to visit.  It is estimated that approximately 30% of total visitor spend to Northern Ireland is spent on food and drink consumption.

Northern Ireland’s alcohol licensing laws have recently changed to allow local producers of alcohol to apply to court to be granted a licence to sell their own produce on their premises and/or for consumption off their premises and in addition at certain events. This change in the licensing laws is a major development for the local artisan alcohol industry. Taprooms are common throughout the rest of Ireland, UK and Europe. Northern Irish producers can now offer a similar service to visitors and tourists.

SG Murphy are holding an advisory event for local producers of alcohol, including brewers, cider producers and distillers. This event, which will take place on the 27th April, will outline the changes in the legislation, the opportunities now available to local alcohol producers and the steps a producer needs to take to obtain a licence.

For more detail and to attend this event, please request your free invite/further detail from law@sgmurphysolicitors.com

Previous PostWhat to do if you are owed money by a customer?Next PostThe importance of using robust terms and conditions
0Shares
Liquor Licensing

What could my personal injury claim be worth?
February 28, 2019shanemccann 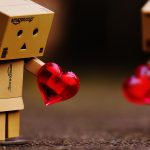 The grounds of divorce in Northern Ireland
February 28, 2019shanemccann 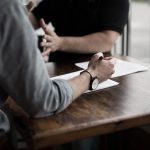 The importance of using robust terms and conditions
February 28, 2019shanemccann

We provide these expert articles to help our readers gain a greater understanding of legal issues in Northern Ireland.  We hope they are helpful.  If you would like legal advice specific to your issue please contact us.